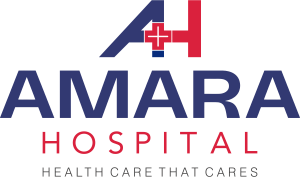 How sleepy am I?

Do you wake up feeling tired? Are you drowsy? Do you have difficulty staying awake during the day? Is it causing difficulty with your work or at school? Is it affecting how you feel? Do you find yourself spending less time with people and activities you enjoy because of sleepiness? Are you sleepy while driving? Is this happening frequently? 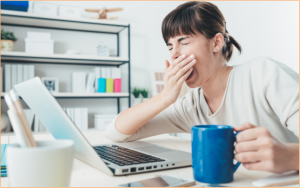 What are the causes of DS (daytime sleepiness)?

Sleep can be disturbed due to:
1. noise, uncomfortable  temperature and light or a poor bed
2. snoring, restless legs

Hypothyroidism can cause daytime fatigue and conditions like pain, breathing difficulty, gastric upset may disrupt sleep.

Pain pills such as opiates and anti-anxiety pills like alprazolam, can cause daytime sleepiness, while corticosteroids, diuretics can disturb sleep at night, causing you to feel sleepy during the day. Substances such as alcohol may also contribute to DS.

Do you feel that sleeping longer does not help you feel better? There are several reasons why you may be experiencing this:

Narcolepsy is characterized by daytime sleepiness and 1 or more of the symptoms listed below, which are caused by intrusion of muscle paralysis and dreams (usually seen in REM sleep) into wakefulness.
People with narcolepsy find it hard to stay awake for extended periods of time. They describe overwhelming drowsiness and sudden attacks of sleep, which will affect their work, performance, social activities and mood. They are prone to accidents and depression.

Do you see, hear, feel, smell or taste something while falling asleep or waking up? Do you have difficulty understanding if you are asleep or awake during this time? You may be having SH. (Please see  SH in parasomnias section)

Do you find yourself unable to move or speak for a few seconds to minutes, while falling asleep or waking up?  You may be having SP.  (Please see SP in parasomnias section)

Do your muscles suddenly become limp or weak, causing your legs and body to drop or fall? Does this occur in response to strong emotions like laughter, surprise, fright or anger? You may be having Cataplexy.
Cataplexy is characterized by a sudden loss of muscle tone which is triggered by strong emotions like laughter. This may involve weakness of the face, arms or legs. Sometimes droopy eyelids, mouth falling open, tongue protrusion and head bobbing may be seen. Some people may fall to the ground during an attack, or may experience difficulty smiling or speaking.
It usually lasts < 1 minute, but may last longer. This is seen in both adults and children and is caused by the intrusion of the muscle paralysis of REM sleep into wakefulness.

Narcolepsy is a neurological disorder caused by destruction of cells of the lateral hypothalamus which produce a neuropeptide called orexin. Orexin (also known as hypocretin) regulates wakefulness and hunger. There are 2 subtypes of Narcolepsy (type 1 and 2), depending on the presence of cataplexy. Type 1 patients have cataplexy, while SH and SP may be seen in both types. People with Narcolepsy also have increased incidence of REM behavior disorder (Please see REM behavior disorder in parasomnias section), restless legs syndrome (Please see to restless legs syndrome) and disturbed sleep at night.People who live with sleepiness most of their life, may feel that it is normal. In addition, people with SH, SP and cataplexy may be misdiagnosed as having a psychiatric disease such as psychosis or hysteria.

IH (idiopathic hypersomnia) is characterized by severe daytime sleepiness, which starts during adolescence and young adulthood, similar to narcolepsy. Patients with IH sleep very deeply at night and have a difficult time waking up in the morning and after naps. This is known as sleep inertia or ‘sleep drunkenness’. They also do not have SH, SP or cataplexy.While we understand what causes narcolepsy well, we do not understand IH very well.

If you have any of the above symptoms, make an appointment with AMARA Sleep.

Make an Appointment
How is it evaluated?

How is it evaluated?

If you have any of the above symptoms, make an appointment with AMARA Sleep. (link to make an appointment). AMARA Sleep is one of the few Sleep Centers in India which has the expertise to diagnose and manage these conditions.
When you visit AMARA Sleep, our doctor will perform a thorough medical and sleep evaluation to look for underlying medical causes for your daytime sleepiness. You will be asked to keep a sleep diary (link to AMARA sleep diary), so that we can understand your sleep times and sleep pattern.

Sleep study (link to sleep study) to make sure that you do not have other underlying sleep disorder.

MSLT (mean sleep latency test) (link to MSLT) to measure how sleepy you are. An MSLT must be performed to diagnose Narcolepsy.

What treatments are available?

What are the treatments available?

– Scheduled naps will help people with Narcolepsy feel better, for an hour or more after nap.
– Learning to recognize and handle sleepiness.

Primary hypersomnia is a lifelong condition and you need to learn to live with it. Here are some things to think about:

To receive news and updates about Amara Hospital